Compatibility issues may arise while updating Windows 8 OS from Windows 7. These problems may be resolved by a new app known as Driver Detective. 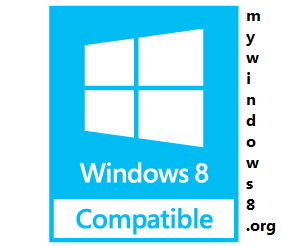 Windows 8 is an updated version of Windows 7, for which all the apps and devices of Windows 7 are ensured to be compatible with the new Windows 8 operating system, claims Microsoft. However, in actuality you need to update your Windows 7 drivers by the Windows 8 drivers when you are upgrading your operation system from Windows 7. Moreover, the devices will also fail to work in the beta editions of the Windows 8 operating system that were working without any problems in Windows 7. Fortunately, the biggest advantage of using Microsoft products lies in the deal that there is a solution to every problem. All the updated drivers are downloadable and once downloaded, they can be run easily through the Troubleshoot Compatibility wizard and installed accordingly.

Though troubleshoot compatibility seems to be a viable option, it may not always be reasonable. For this the new Driver Detective app has been introduced that holds ultimate importance as an application.

Through the user-friendly interface and access to an extensive database, the driver detective software is quickly drafted to locate the most recent drivers compatible to your computer running on Windows 8. The drivers are installed by the software in the original form as the manufacturers provide them, thus ensuring the integrity and functionality of the drivers. Thus, Driver Detective protects you from frustration and vast amount of time investment that are typically associated while updating the drivers.

10 Best Gaming Laptops To Check Out

How to use Mono Audio channel to improve sound quality while...

How to Create a New Pool and Storage Space in Windows...

How to Generate Battery Usage Report in Windows 8 / Windows...

How to Load SATA Drivers in Windows 8 or Windows 8.1?