Microsoft is adumbrating plans to incorporate some amazing features to its new Windows 10 Redstone. As mentioned earlier, Microsoft even said that the new update will contain certain features that will freak you out. One of the features that’re being incorporated in Windows 10 Redstone is the card UI in both Action Center and Cortana. Till now both Action Center and Cortana sends static information to users. The new Card UI will display associated information and then share the information between both areas of the system. 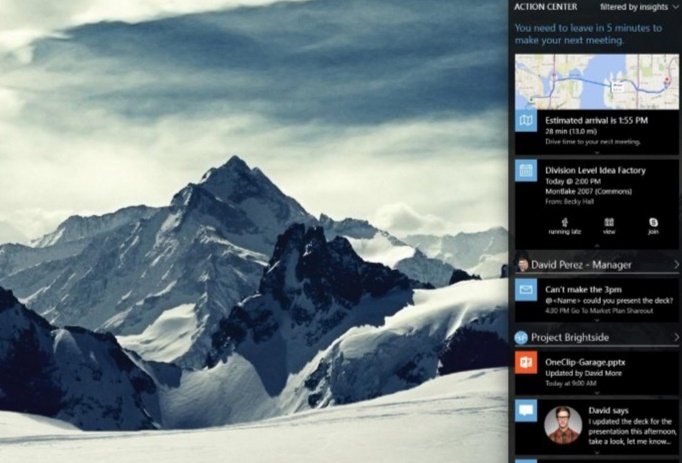 The Redmond based giant is trying to bring parity between the Action Center and Cortana. The cards will push one after another so that it can remind you of all the important updates, appointments and mails that are important to you. If you have used Google Now, then you must be accustomed with the concept of cards.

The Action Center will include some more amelioration like filtering of notifications by insights. This feature will allow notifications to be grouped under specific app types, making it easy to organize the notifications. The BUILD event is now knocking the door. The ultimate features will be unveiled at the BUILD.