Microsoft has rolled out the Windows 10 mobile preview Build 10136 to the Fast Ring. This Build 10136 has come out a month after the official release of the previous Build 10080. That Build didn’t bring any soothing experience, neither for Microsoft nor for the users as it brought so many annoying bugs that made it almost impossible to handle. No offence, because Preview Builds are meant to be buggy and these are launched in Insider program so that users can provide feedback. Microsoft takes note of the feedback and omits the bugs. 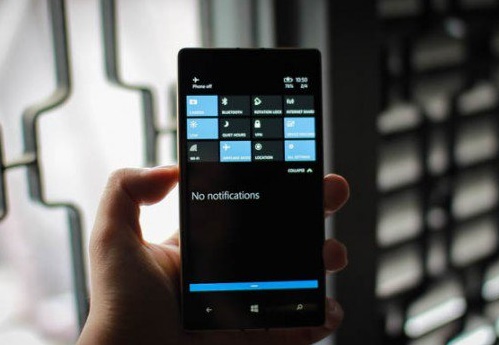 Several features have been revamped among which Cortana, Photos, camera, Single handed use etc are the pre-dominant ones. You can read the entire article here.

At the end of the upgrade the Lock screen will appear frozen without the date and time for up to 10 minutes. Please be patient and let it sit – eventually the date and time will appear and it will allow you to unlock your phone. There is a post-upgrade migration status screen missing, which normally would show you that it was making progress. If you get impatient and restart or mess with locking/unlocking your phone, you’ll wind up in a funky state – so just relax and let it do its thing.

Build 10136 has provided several bug fixes and improvements as mentioned by Microsoft. These are listed below :

1. We have fixed the MMS bug in Build 10080, and you should receive MMS messages normally.
2. We have fixed the issue where touch will stop responding on the Lock screen preventing you from swiping up to unlock your phone.
3. We have fixed some visual glitches in Action Center when expanding/collapsing.
4. We have fixed the issue where the text in the People app was too small.
5. When you toggle the Wi-Fi quick action in Action Center, it now disables/enables Wi-Fi instead of taking you to the Wi-Fi Settings page. This was one of the top 5 pieces of feedback we heard from Windows Insiders.
6. Your Start screen background should be scaled correctly now.
7. You can add a detailed status to display on your Lock screen from apps like Outlook Calendar without having the Settings app crash.
8. We also fixed the issue where a mouse cursor would appear when pressing the back button on your phone.

Now apart from the bug fixes and performance boosters, Build 10136 is still with many flaws. Check them out below:

1. After upgrading, you will still see duplicate tiles for apps like Search and Phone under All Apps.
2. If you have too many PIN unlock attempts, you’ll see the “enter A1B2C3” reset experience. However, there is an issue in this build where after you enter the code you won’t see the PIN pad. The workaround is to press Emergency 3. Call after entering the code, then press Back and you’ll be able to enter your PIN.
4. We recommend disabling the double-tap-to-wake feature on some Lumia devices by going to the Settings app then Extras > Touch > Wake to prevent any accidental PIN unlock attempts.
5. There is an issue that may cause Skype not to work after upgrade. The best workaround is to uninstall Skype on Windows Phone 8.1 *before* you upgrade to this build and then reinstall it after upgrading. If you miss that step though, you can usually resolve by uninstalling it and reinstalling from the Store once you’re on 10136.
6. If you’re having issues installing new Language Packs in this build, see this forum post.