The new is quite shocking. The popular Windows Phone Weather app, Weather Flow has been removed from the Store despite it being the favorite apps of many users. The app has a major 2.0 update on last October and has included some new features with new user interface. After some bug fixing, there is no new update since Last November and now it cannot be downloaded. What can be the cause for this decision? All of us are curious to know what might be the reason behind it that the best looking weather app was pulled from the Windows Phone Store. 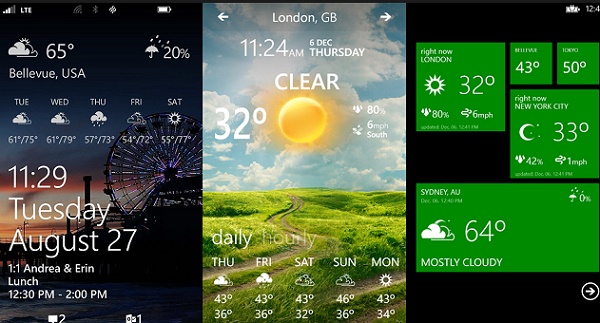 Though we are not sure why the app has been removed from the Windows Phone Store but according to Windows Central, they have received an update from the Weather Flow’s creator Gergely Orosz explaining why it was forced to pull its app.

“My weather provider – Weather Underground – hiked their prices to a level where the app started making a significant loss that I couldn’t find after a while. Their weather data are expensive – $1,500 / month and the app were bringing in significantly less revenue than this, the last month it was $500, with the purchases also starting to go down. After a while the difference got too much to keep paying out of pocket without much hope of breaking even (not making a loss) again. Unfortunately, weather data are expensive with lots of hits per day (Weather Flow was making almost 1M requests/day due to live tile updates) and I can’t see a cheap or free, but decent alternative data source.”

It is clear from the statement that Gergely has mentioned because lack of sufficient revenue he is having a significant loss. The weather provider for this application has increased fees to the point that Weather Flow was losing money big time.