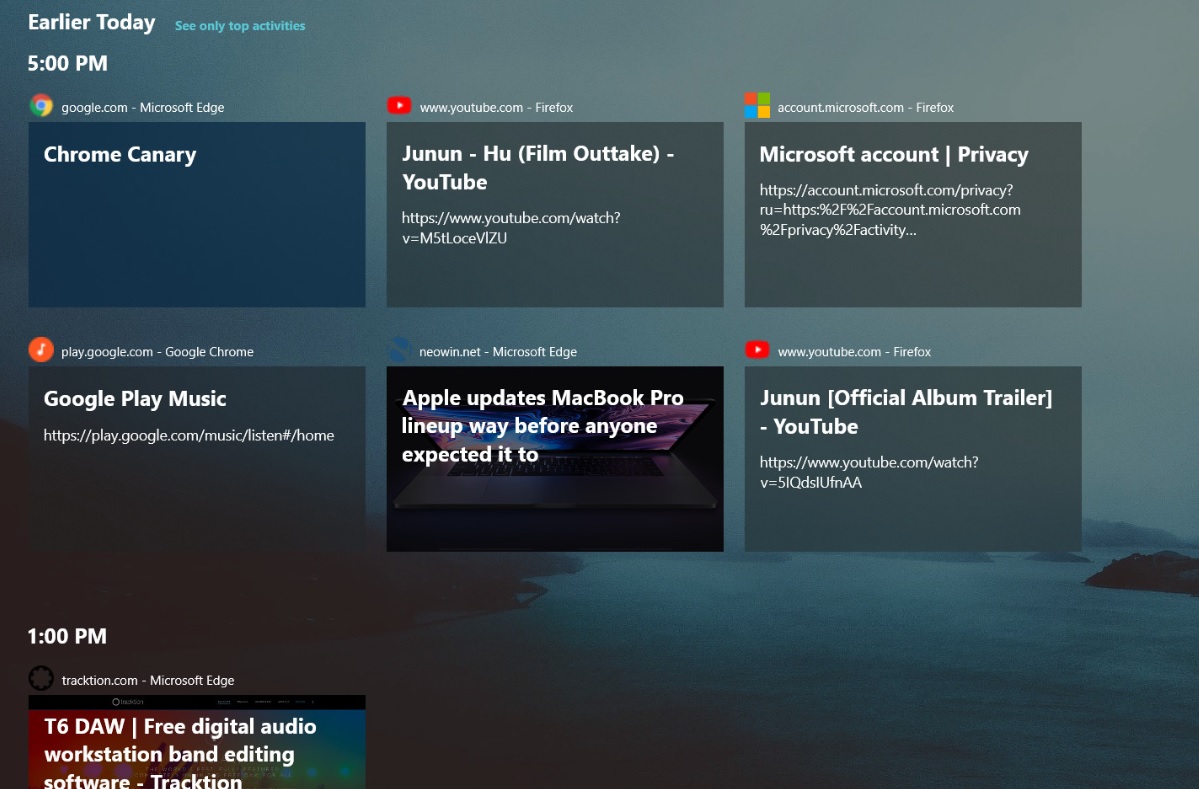 Windows 10 integrated the concept of the Timeline in its ecosystem with the advent of April 2018 Update. The update brought with it a plethora of new features. The timeline feature enables users to check the files they have opened, recently accessed or are frequently working with. The chronology is maintained so that you can carry out your work smoothly. It also displayed the recently opened web pages on Microsoft Edge for all three leading platforms like Windows, Android and iOS. But the change was not welcomed by all because many users did not want Microsoft Edge as their primary web browser.

Hence, in order to address this issue, SoundByte developer Dominic Maas released a new add on for browsers like Chrome, Firefox and Vivaldi. The new add on has been coined the name ‘Windows Timeline Support’. But the feature was taken down by Google because the term Windows in the name “Windows Timeline Support” raised an issue regarding the Trademark. After about a week, the issue was resolved and now the add-on has been published once again.

Dominic Maas told us that they had not received any notice for takedown from Mozilla. Still, they decided to upload the new version with a changed name for Firefox as well. The new version has all features same as that of the older version. Users who are interested in downloading the latest version of Timeline Support for Chrome, then download the add on from Google Chrome Webstore. The add on has received a rating of 4.87 stars out of 5.