Yesterday a new service named Periscope was launched for Twitter. The new app facilitates live streaming on Twitter. This service has been made available to only iOS as of now but a developer named Daniel Gary launched a third party alternative app for Windows Phone. This app is known as Telescope and the app offers the basic live streaming functionality of Periscope. Users will be able to login using their Twitter credentials and watch live streams if other users but the use will be restricted. 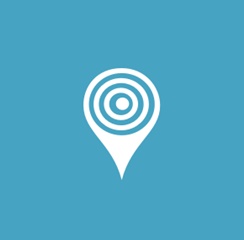 Users using Windows Phone can only watch Live streams but cannot create their own live streams. Besides this, many features are yet to arrive. Among these features are searching for other users, editing your settings, Profile visit, putting hearts and messages etc. Recently a new update has been received which has fixed some of the bugs and instability but no new feature has been added yet.

One thing which must be remembered is that it is not an officially approved app. This means the application is not supported by Twitter. So even if you are rejoicing for having the flavor of Periscope in Windows Phones much before Android, you must know that there is a high possibility that Twitter might decide to break compatibility or change APIs or block users. So Telescope is not a very reliable and ling lasting app but still you can give it a try.

You can download the app from Windows Phone Store.