Windows 10 runs two different types of apps: one is the Universal Windows Platform Apps (UWP Apps) and the other one is Win32 apps that is the desktop apps. Now, most developers develop both Win32 and UWP versions simultaneously. But this is not the case for Skype app. Microsoft has, for some security reasons, pulled off the Skype app from the official downloads page. The security glitch is about the interface of the app and in the installation of apps. It relies on a DLL file that’s stored in the Temp folder of the current user. Since the file is present in a user’s folder, anyone with user level access can read and write files to it. However, Microsoft is telling Windows 10 users to use the UWP app instead. 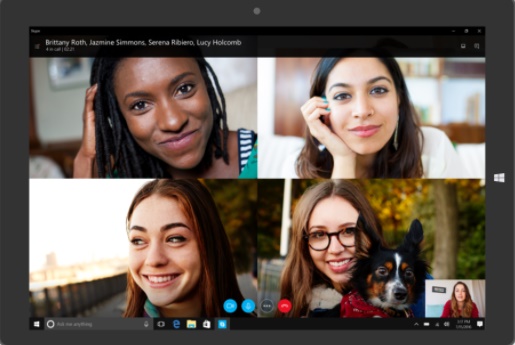 In such a situation, you have no other option but to abide by Microsoft’s instructions and use the UWP Skype app. The UWP version of Skype is already there on your system. Even if you have accidentally or deliberately removes it, you can get it back whenever you want from Microsoft Store. People have navigated to other apps like Slack which is doing pretty good.

For Windows 7, users can still use the win32 or desktop app for Skype as long as you get the Skype version 7.40 or older. The older version which according to Microsoft’s forums is not affected by the security flaw. Unfortunately, this version can no longer be downloaded from the Skype website. You can download it from any website or software application repositories. Users often get confused and downloader the installer instead. Keep a eye on what is being downloaded for your own security. It will fetch you the latest version of the Skype desktop app. You have to download an offline installer in order to install the desktop app