Although Windows operating system has an inbuilt backup system, still users prefer to use third party apps to save time and enjoy more easy to use features. For example, many system settings of the OS can be achieved by tweaking the Registry Editor, but users often use ready made registry files that are available in the Internet. 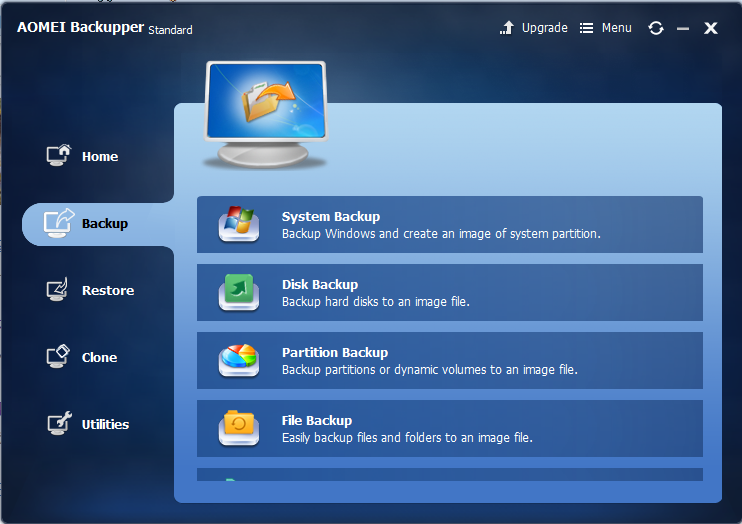 Backup has nowadays become an integral part of our daily life and hence, backup software applications are immensely useful. In this article I shall introduce you a flexible and efficient backup software called AOMEI Backupper. AOMEI Backupper is developed by AOMEI Technology. Different versions of Windows have different backup procedures which may appear to be ambiguous to users. This platform dependence problem is mitigated by AOMEI Backupper where a single blue color interface with big categories are sure to grab attention. AOMEI Backupper can efficiently and completely replace Windows built in backup system. It not only covers features offered by Windows backup but also extends beyond it. 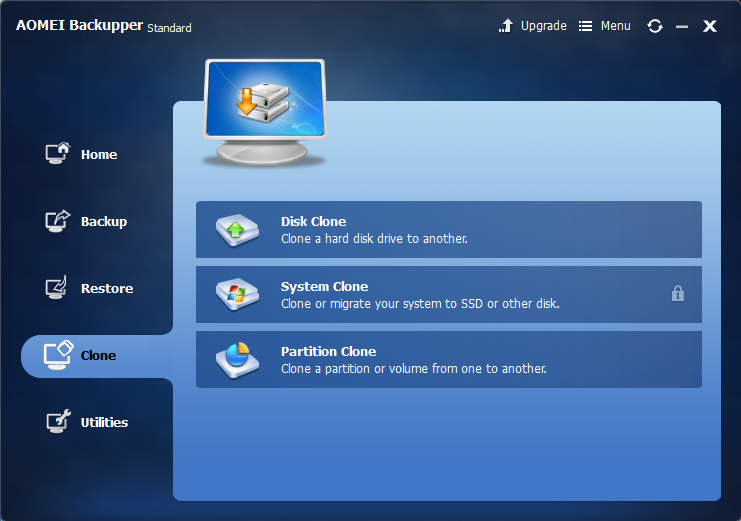 AOMEI Backupper supports system backup, disk backup, partition backup, file backup and file sync. Every backup method provides basic practical options such as compression, splitting, etc. AOMEI Backupper supports partition clone, disk clone and system clone. Among these, system clone is mostly preferred by users. This is because users change their machine from time to time. For example, after upgrading to Windows 10, you find that your current hard drive runs slowly since it is too old, you may then move Windows 10 to new hard drive with Backupper.

The free Windows backup software – AOMEI Backupper Standard has many more interesting utilities, for example: AOMEI PXE Boot Tool and Create Bootable Media, even non-professional people can handle them because of easy-to-use design.