Windows 10 has finally brought the virtual desktop features which has been present in OSx and Ubuntu since a long time. The feature has arrived in the Windows 10 Technical Preview, it’s confirmed but we still are yet to know if the feature is fully prevailing or some tweaks will come in course of time. You can access two different desktops from the same computer- that’s what it’s all about. You can move a window from one desktop to another. To do that you have to add a desktop , by pressing Windows+Tab. After you have added the desktop, you can move any third party app or any window. Even though other competing OS have had this feature long back, but Windows 10 has come with an entire new package in a more polished and sophisticated.

1. Press Windows+ Tab or tap on the Task View button which is to the right of Search menu. Now tap on Add a desktop. 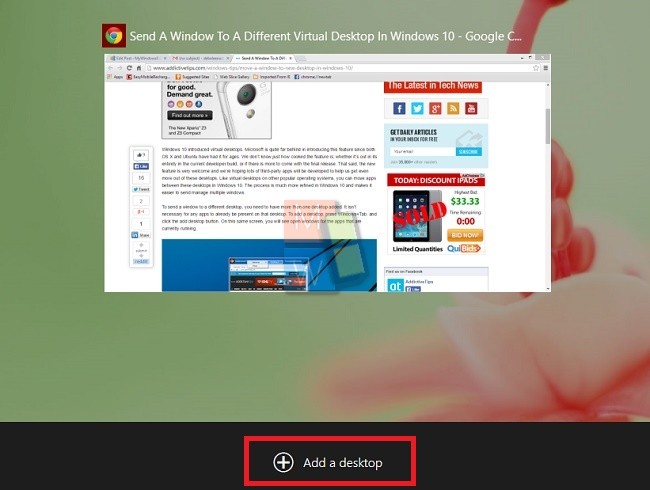 2. Now when you tap on Task View, you can view all the virtual desktops in the lower row. In the upper pan all the opened apps and windows are there. 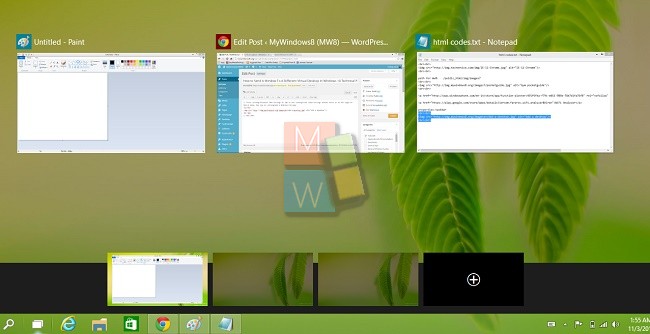