A new image was leaked in leaked in November from a factory in China and the image has been making rounds since then. The image shows benchmark ratings of a model named RM-1062 which is rumored to be Lumia 1330. The leaked image gives us a crisp outline of the possible specifications. First of all, the feature that caught our eyes was its 5.7″ huge screen. Besides, we can see the device running a Qualcomm Quad Core processor and a Qualcomm Adreno Graphics card. The primary camera is seen to have a resolution of 12 MP whereas the front facing camera will have 4.8 MP. The benchmarks also shows 1 GB RAM and an expandable storage memory of perhaps 32 GB. 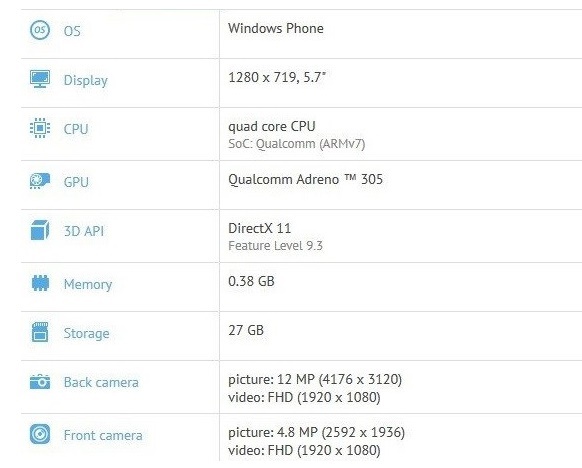 The Mobile World Congress 2015 will be taking place in Barcelona and if the benchmark turns out to be that of Lumia 1330, then definitely we are going to hit the device at MWC. Microsoft acquired Nokia and since then the first Windows Phone to launch sans the Nokia brand was Lumia 535. Lumia 535 was a budget phone and the next phone that gadget freaks were looking forward to was Lumia 1020, rumored to be codenamed as Lumia McLaren. Lumia McLaren was eventually cancelled and hence the focus is on Lumia 1330.