Pocket Tank is a very popular game by Blitwise Productions and composed by DNA-groove that used to run in Android, Mac OS X is now also available in Windows Phone Store and Windows Store.

This highly addictive one-on-one artillery game is fun to play. 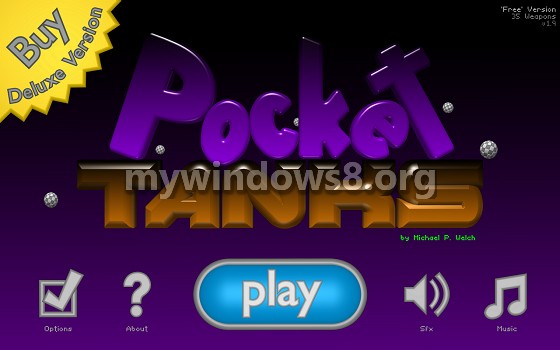 On January 9, 2013, Blitwise announced the availability of Pocket Tanks on the Windows Store. Users with desktops, laptops, and tablets running Windows 8 or Windows RT can now download the game from the Windows Store. 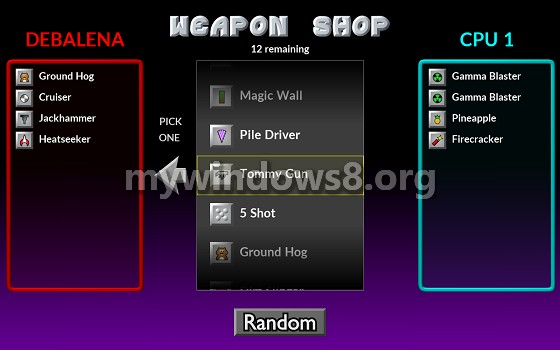 The theme of the game is to Shoot projectiles by tanks across a large mound and has various options of selecting angle, power and fire over 30 distinct weapons. Moreover you can purchase weapons from a virtual weapon shop. Pocket Tanks game is abbreviated as P Tanks or simply PT. Each hit to opponent tanks gives you certain scores. The scores depend on the type of weapons used. At the end of or volleys, the player with maximum score wins. 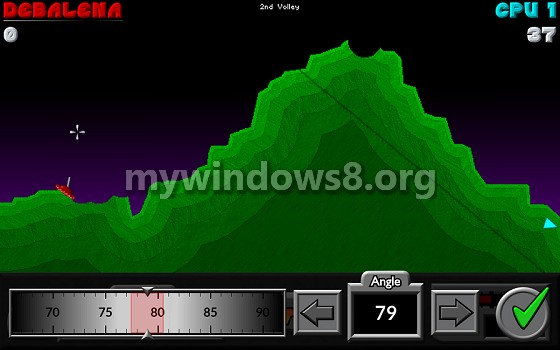 Now an offer is running for purchasing Pocket Tanks deluxe with 60 weapons and some new movements like bouncy dirts, jump jets and digger for $15.99.