Bad Traffic is a traffic game that utilizes an out of the box concept by enabling to insert wrecks and obstruction to distract flawless traffic. Bad traffic game is already available in Android and iOs by now Windows Phone 8 also has this game and surprisingly it’s received better feedback compared to the former two platforms. 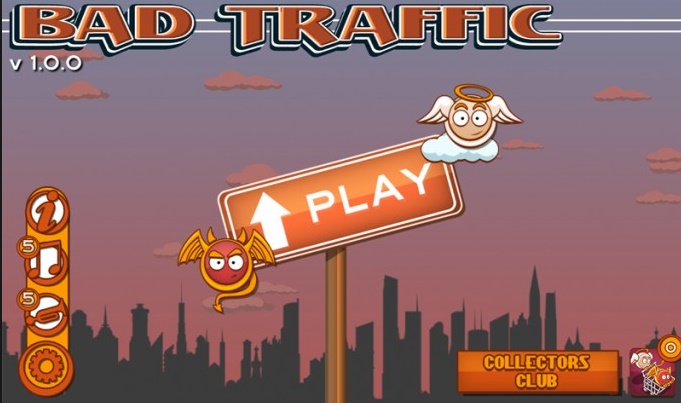 The story behind this game involves the Guardian’s Angel and the Devil’s Advocate who never agrees on anything but only this time they found a common interest that us getting rid of traffic. So accomplishing the goal but in different methods is the essence of the game. While angels would save the cars and devils want them to be crashed. So the mission od the game is either to savw the car or crash them.

The important features of the game are as follows