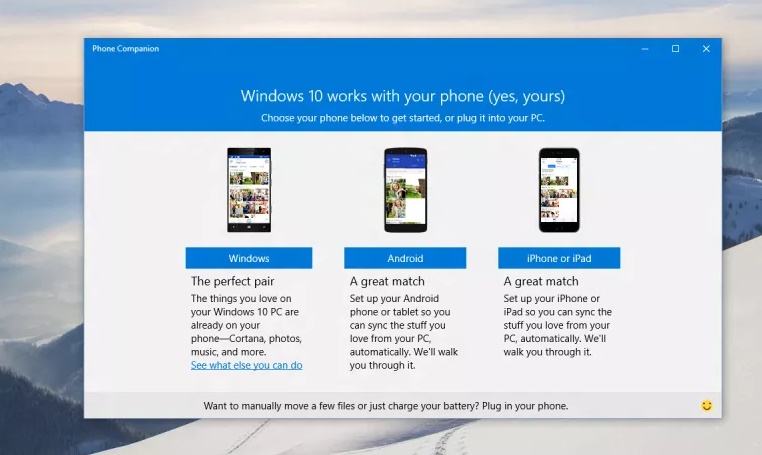 The Phone companion app will be available in Windows Phone mobile which is quite obvious along with other two prime platforms- Android and iOS. Microsoft has understood this one thing, that in order to excel both in technology and business in any venture, smartphones must be included in that venture. The Phone companion app will let users install the most important Windows apps in their smartphones. Now if you own a Windows phone or Windows gadget, the app might not be of much use because in that case all your app files are downloaded at one shot via the Live Mail.

If you have Android or iOS smartphones or both, then Phone Companion app will be able to play its role. Once you download the Phone Companion App will take you through a series of Steps you need to perform. After completely performing the instructions, you’ll be able to download apps like OneDrive, Outlook etc which will automatically sync all your data into your phone. This is clearly understood that Microsoft company has built an ad-hoc solution to ensure Windows becomes the central hub for all of your mobile devices.