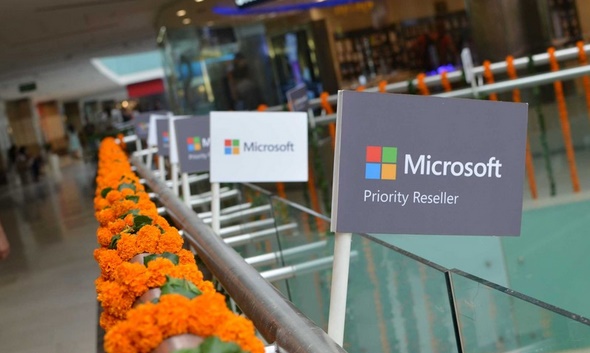 We all are aware of the branding change that was disclosed on last fall and recently the Corporate Vice President of Mobile Device Sales at Microsoft; Chris Weber unveiled the first rebranded store in the Ambience Mall in Gurgaon, near New Delhi, India. The Nokia storefronts are now gradually converting to Microsoft Priority Reseller store and by end of June this year it is expected that around 15,684 retail outlets and 324 Care centers across the world will turn into new look with Microsoft branding. Of these, 3,287 will get a complete makeover with new furniture and signage to showcase products and services. The stores’ warm and friendly color scheme will give a distinct look and an improved shopper experience.

The authorized Microsoft resellers do not have the grandeur of real Microsoft stores in terms of space as they are been converted storefronts but the customers will have the privilege to buy Microsoft hardware and even Microsoft’s software like Cortana and Skype. Even Nokia warranties can be produced at Microsoft Authorized Resellers and Nokia and Lumia devices will continue to be serviced through Care centers. Microsoft will also showcase its prime products like Lumia and Surface in its authorized reseller stores.
Over the coming months, Nokia retail stores will be fully converted to Microsoft resellers worldwide.