While Windows lovers are enthusiastically awaiting copious numbers of exciting features with Windows 10 Technical Preview, a new update has lined up already. It’s the new touch and mobile-first Office. While users are engrossed with the details of Cortana and the newly modified UI, mobile-first Office comes like a breeze of fresh air. 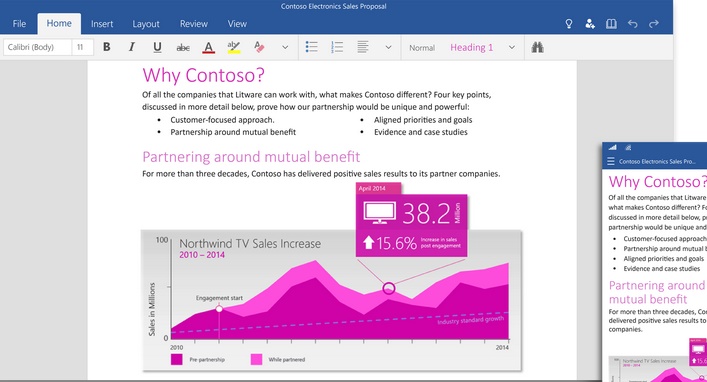 “This new touchy Office apps can be acquired from the Windows Store Beta residing in Windows 10 Technical Preview Build 9926 and are built specifically for Windows 10 and are deemed as “universal” because these apps can be used across the hardware board (even on the Microsoft Surface Hub),” claimed Julia White, the general manager for the Office Product Management team.

White said, the new Office apps will be made available to the general public later this year and it will be automatically installed on phones and small tablets running Windows 10 for free. For other devices, such as desktops, users will have to download and install the apps from Windows Store when they become available.

Microsoft has already demonstrated how the new touch versions of these Office apps will work with the Windows 10 preview build, including its “Tell Me” feature that will offer answers to specific user questions. The final version of these apps is expected to be released in the second half of 2015.