Windows 10 was released officially on July 29 of this year and we got the Chrome browser in handy compatible to the new Windows version. Even though Mozilla had been working hard to pull out Firefox browser for Windows 10, then could not deliver the end product by the deadline. Finally Firefox is there for Windows 10. 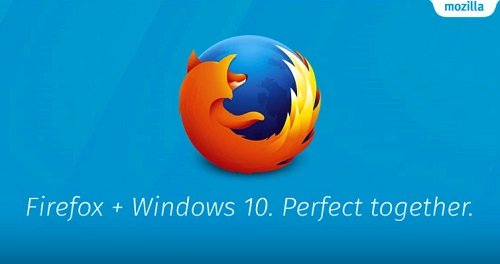 Mozilla said that it has incorporated several new impressive tweaks in the user interface and layout. The interface will be more specific and spacious so that users can have more visibility while viewing the web. When Windows 10 was released, Mozilla wrote in their blog about their disappointment with the way Windows 10 has kept the default browser setting. Unlike previous versions of Windows, changing the default browser needs to be done from the settings of the computer which was perhaps not liked by Mozilla.

One of the major features which Firefox has brought inside their Windows 10 version is the improved third party add-ons. The add-ons will provide numerous customization features and settings but at the same time will ensure security to the browser. As Mozilla mentioned, in future releases of Firefox, any third-party add-on that has not been certified will be disabled by default. It will show warnings instead.