It seems that Microsoft has taken a strong vow within itself to flourish its market worldwide and in a couple of days it entered into partnership with a lot if new companies with which it has not worked before. Some of the new partnerships include Micromax of India. Micromax although bear resemblance in name with Microsoft is known for making budget smartphones and it is surprising that Microsoft is into making budget phones. 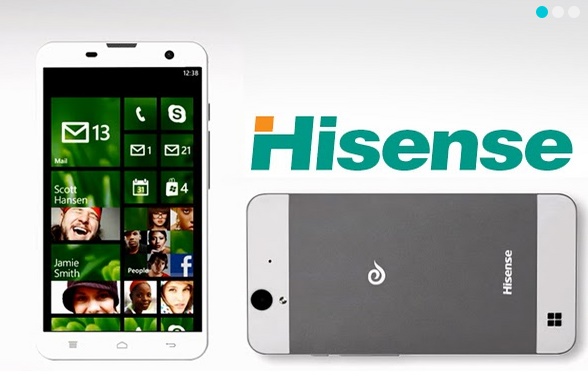 Micromax will be bringing the first Windows Phone 8.1 namely the Canvas Win W121 and Canvas Win W092 this July. Romaniam company Allview also launched its first Windows Phone 8.1 devices Impera I and Imperia S which would be available in Romania by August. Now it’s turn for some partnership with Chinese company Hisense.
Hisense announced its first ever Windows Phone 8.1 named as Mira6. Mira6 has good specifications one being the dual SIM support. The phone will sport a 1.2GHz quad-core Qualcomm Snapdragon 200 processor, 1GB of RAM and 8GB of internal memory expandable up to 32GB via microSD. The phone is equipped with a great camera of 8Mp along with LED flash and full HD (1080p) video recording. It has a decent 5 MP front camera for video conferencing. The display is 5-inch capacitive touchscreen display that supports HD (720p) resolution.

Mira6 bears a close resemblance in appearance with iPhone 5 but the corner is wider though. This Hisense phone will be available in two colors black and white. Other colors may be included later on.