Microsoft has been trying hard to bring the Word flow keyboard to platforms other than Windows Phones. The company first introduced the feature in Windows Phone and later started working for support in pother platforms. A news channel has managed to extract image of the Flow Keyboard app for iOS. It’s been reported that the Beta version of Word Flow keyboard app is going to end on June 7, 2016. This indicates that the pro version will roll put sometimes around mid or last week of June. The most thrilling feature of this app is that, it will sport features that’re not there even in the Windows Phones version/ 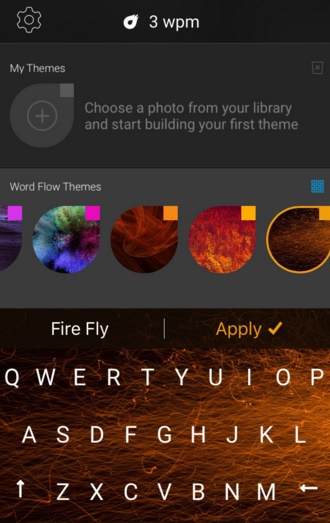 Check out the impressive features of the app at a glance:

Whether you’re tapping or swiping, Word Flow predicts what you’re trying to type and corrects mistakes.
Word Flow intelligently suggests the next word in your sentence and gets better at it over time.
With access to your Contacts, Word Flow auto fills the names of your contacts so you can go even faster.
Personalized – just how you like it

There has been no evidence till date if the company is planning for an Android app as well. However, an interesting information about Flow keyboard is that it set a record on the Guinness Book of World Records for fastest text input on a touchscreen in 2014, although that record was broken months later using the Fleksy keyboard on an Android handset.