The much waited event of Microsoft is finally over and the company has showcased a lot of things along with the promise that users of Windows 8.1 will receive Windows 10 as a free update. But the announcement of Microsoft which has created a stir in different spheres of technology is the HoloLens VR headset and the holographic Windows. The main aim of the project is to reduce the demarcation between digital world and physical world. 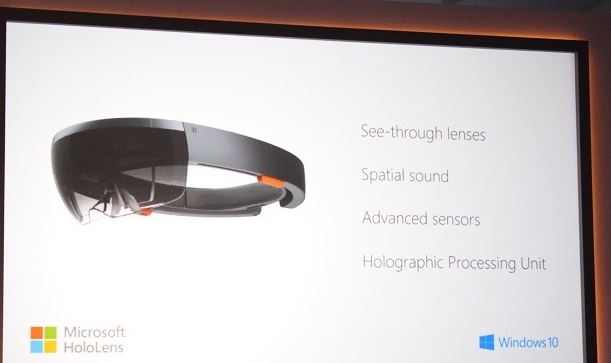 Since childhood we had an earnest urge to see what’s going on inside a TV. In a childish mind we always wanted to go inside the television and experience the world there. The scientists at Microsoft are perhaps fulfilling this innocent wish into something high tech and impeccable. The scientists have said that they will show the world something which no one has seen in real life or experienced before. The new HoloLens VR headset will take the user into a virtual world, the world inside the PC. The engineers are mainly motivated to vanish the constraint of a screen that comes between us and any technology. So when you wear the virtual reality headset, you can do multiple functions in virtual reality platform. You can draw figures in space by moving and swiping your fingers only. You can play game in 3D frame and do everything that you have seen in sci-fi films only.

The technology will implement holography which will use light for the project. The device will be an exemplary to show what physics can do with light. So fiction will be converted to fact through this amazing device. Microsoft had been working silently on this project since a long time. This is surely the future of next generation PC and Windows 10 also.