Microsoft had been working on the Mixed Reality Project since a long time. The name of the project was initially Windows Holographic. Later on, the name was changed to Windows Mixed Reality. Till now the Redmond based tech giant has fared well in the project and already has copious AR , VR headsets and games in its credits. The company is expecting glorious success in the field of Mixed Reality in near future. To boost its already running project, Microsoft has launched a new Mixed Reality Capture Studio and Mixed Reality Academy in San Fransisco. 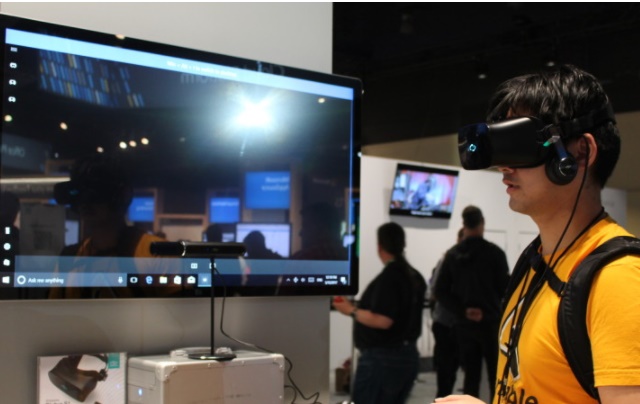 At the Mixed Reality event held earlier this month, Microsoft used a developer and community hub dubbed the Microsoft Reactor as a backdrop. Even though the project is still on, but viewers and customers have already received an idea about Mixed Reality and its future visions. “We want to help MR experts become even more expert,” said Liz Hamren, Corporate VP for Microsoft Devices Marketing in a blog post. He also added, “We want to bring together the vibrant and unique perspective of our Bay Area developers. We want to help creators invent cutting-edge experiences that dazzle us in imaginative new ways.”

Let’s have a sneak peek at the main objectives of Mixed Reality. The
The Mixed Reality capture studios are designed to let customers create holograms that can be used for mixed reality experiences, ranging from 2D screens to fully immersive VR. The new academy on Mixed reality will start learning courses and workshops that will give hands on experience to a plethora of subjects starting from hacking and porting to learning how to become part of the Mixed Reality Partner Program.

Microsoft is opening a similar MR studio in London owing to a collaboration with Dimension, a joint partnership between Hammerhead and Digital Catapult. Hamren said that other studios are expected to be licensed around the world in the coming months.