Microsoft has announced that it is going to stop production of Surface 3 tablets and is currently working on four new Surface devices. The production will cease by the end of this year and the company is pushing Surface 4 and Book devices to the customers. The report of launching a new lineup of 4 Surface devices have been supported by an image released by Indian app developer Subhan Chemburkar at Microsoft’s Building 88. 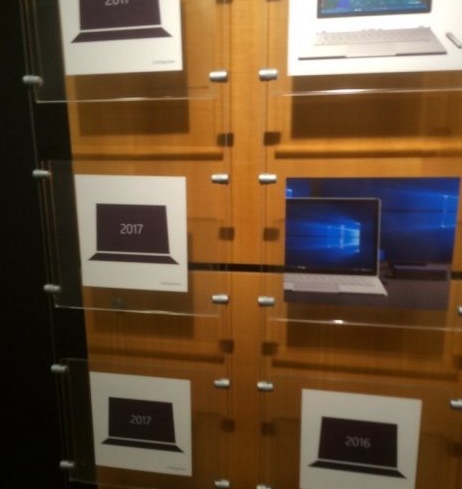 So the image shows Surface tablets with different places. The placeholders gives a clear indication of the timestamp when the devices will be launched. While one of the four Surface devices show 2016, the remaining three devices show an approximate release time of 2017.

there are several rumors speculating over the new gadgets that have peeped out of the curtain. The 2017 launches are expected to be advanced versions of Surface 4, Book and Surface phones. But if reports are to be trusted, there is a possibility that Microsoft will launch an all-in-one Surface device and the device is expected to make its way around the third quarter of 2016. However, none of the reports has been confirmed officially by Microsoft.