KRACK WPA2 Wi-Fi vulnerability is the most talked about case at the present time. Microsoft and many other companies are coming forward to resolve this security breach. The internet is creating a brouhaha over the new WPA2 security flaw called KRACK. There are several stories and conjectures regarding the security breach but this is more than what is thought. Mathy Vanhoef and Zak Whittaker are the people who first uncovered the vulnerability. The bug which is taking a toll on the security of Wi-Fi enabled devices is called KRACK. KRACK is the acronym for Key Reinstallation Attack. 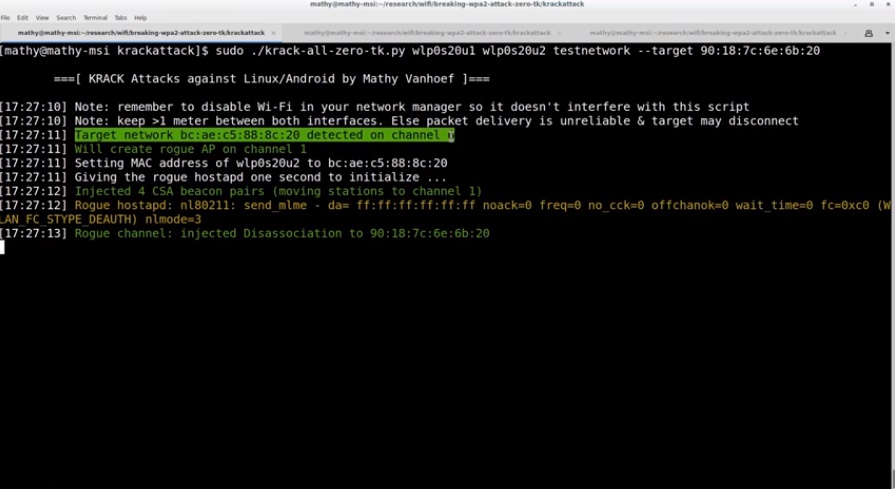 The vulnerability as discovered by Mathy Vanhoef can put any modern Wi-Fi enabled devices susceptible to hacking and can be easily decrypted by hackers. No matter how much you long for the KRACK files while you try to use a pirated version of a software, remember in the long, such files only jeopardizes your system.

In the case of the KRACK WPA2 Wi-Fi security attack, the KRACK highlights a flaw in the wireless security protocol called WPA2. Next, KRACK attacks WPA2’s four-way security handoff of encrypted traffic. This attack is carried out over your Wi-Fi connection and it ultimately enables hackers to inject their own content in the previously secured traffic stream. US Homeland Security’s Cyber Emergency Unit US-CERT has issued a warning about the bug to every business entity.

Mathy Vanhoef talked about KRACK and said that it’s deleterious for Android and Linux OS’s. He added, “if your device supports Wi-Fi, it is most likely affected.” The WPA2 flaw is located in the cryptographic nonce and when KRACK is applied, it forces the device to reinstall the authentication key. They use the authentication keys which were already in use by some user or any business entity. Then, the hackers can then freely target the encryption level by “replaying, decrypting, or forging packets.”

Even though the attack is accomplished in a wireless environment, yet the injection process needs to be relatively close proximity to the attacker. However, Vanhoef also said that websites using HTTPS to transmit traffic are comparatively in a safe zone.