From today Nokia phones will be a part of Microsoft as Microsoft has finally acquired the handset business of the world famous Finnish company Nokia. Microsoft has purchased the Device Unit of Nokia €5.44 billion (US$7.3 billion). The new wing will be known as Microsoft Mobile Oy. Stephen Elop will be in charge of the hardware division. 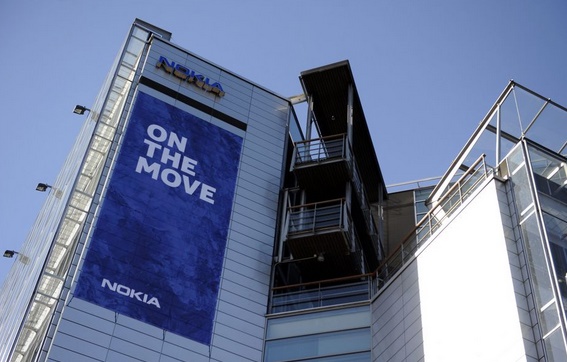 Here read in detail about the Microsoft’s press release:

Microsoft Corp. announced it has completed its acquisition of the Nokia Devices and Services business.

The acquisition has been approved by Nokia shareholders and by governmental regulatory agencies around the world. The completion of the acquisition marks the first step in bringing these two organizations together as one team.

“Today we welcome the Nokia Devices and Services business to our family. The mobile capabilities and assets they bring will advance our transformation,” said Microsoft CEO Satya Nadella. “Together with our partners, we remain focused on delivering innovation more rapidly in our mobile-first, cloud-first world.”

Windows Phone is the fastest-growing ecosystem in the smartphone market, and its portfolio of award-winning devices continues to expand. In the fourth quarter of 2013, according to IDC, Windows Phone reinforced its position as a top three smartphone operating system and was the fastest-growing platform among the leading operating systems with 91 percent year-over-year gain.1 Furthermore, with the Nokia mobile phone business, Microsoft will target the affordable mobile devices market, a $50 billion annual opportunity,2 delivering the first mobile experience to the next billion people while introducing Microsoft services to new customers around the world.

Microsoft will continue to deliver new value and opportunity, and it will work closely with a range of hardware partners, developers, operators, distributors and retailers, providing platforms, tools, applications and services that enable them to make exceptional devices. With a deeper understanding of hardware and software working as one, the company will strengthen and grow demand for Windows devices overall.

As with any multinational agreement of this size, scale and complexity, Microsoft and Nokia have made adjustments to the deal throughout the close preparation process. As announced previously, Microsoft will not acquire the factory in Masan, South Korea, and the factory in Chennai, India, will stay with Nokia due to the tax liens on Nokia’s assets in India that prevent transfer. As a result, Microsoft will welcome approximately 25,000 transferring employees from around the world.

More information about Microsoft’s expanded family of devices and services is available here.

Founded in 1975, Microsoft (Nasdaq “MSFT”) is the worldwide leader in software, services and solutions that help people and businesses realize their full potential.

For further information regarding risks and uncertainties associated with Microsoft’s business, please refer to the “Management’s Discussion and Analysis of Financial Condition and Results of Operations” and “Risk Factors” sections of Microsoft’s SEC filings, including, but not limited to, its annual report on Form 10-K and quarterly reports on Form 10-Q, copies of which may be obtained by contacting Microsoft’s Investor Relations department at (800) 285-7772 or at Microsoft’s Investor Relations website.

All information in this release is as of April 25, 2014. The company undertakes no duty to update any forward-looking statement to conform the statement to actual results or changes in the company’s expectations.