Since the HoloLens have bumped into the picture, there is no stoppage for excitement around it!! With one foot in gaming, Microsoft’s ambitions for HoloLens reach beyond the traditional living room entertainment. According to Microsoft Research, HoloLens in its current production is shaping up to be much more of a tool for collaboration, production, communication, and research much more than a gaming device. As Microsoft continues push its ‘productivity’ campaign, the company is making its intentions much clearer for HoloLens. 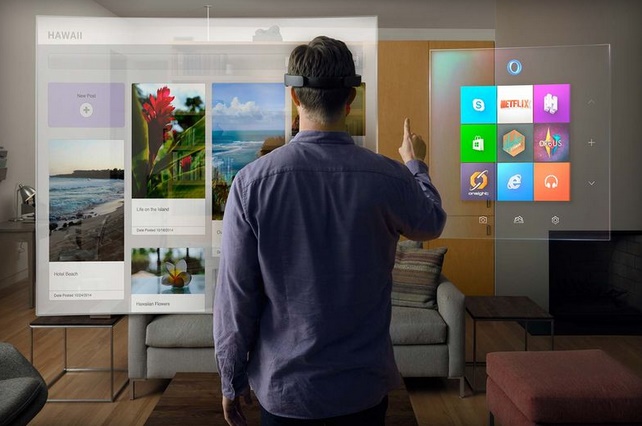 Microsoft HoloLens goes beyond augmented reality and virtual reality by enabling you to interact with three-dimensional holograms blended with your real world. Microsoft HoloLens is more than a simple heads-up display, and its transparency means you never lose sight of the world around you. High-definition holograms integrated with your real world will unlock all-new ways to create, communicate, work, and play.

However the IT Tech giant is not just done with it!! While Microsoft has done impressive things with the HoloLens, the firm believes there is still so much more that can be accomplished and discovered. In order to expand the content and capabilities of the headset, Microsoft is eager to put the HoloLens in the hands of bright minds. Microsoft has now started to accept HoloLens Academic Research Request for Proposals (RFP) which will enable the academic community to join us in advancing the creation of new holographic computing experiences. The firm has also announced that it will award US$100,000 and two HoloLens development kits to academic institutions.

The primary objective of this request for proposals (RFP) is to understand better the role and possible applications for holographic computing in society. Additional goals are to stimulate and advance academic research in mixed reality and encourage applications of holograms for novel purposes. Some of the examples given for HoloLens applications include data visualization, remote training, interactive art and experimental media as well as human-computer interactions.

Although many have yet to be able to experience its first hand and with stiff competition from Sony’s support for virtual reality with Project Morpheus, HoloLens certainly sound the future and are here to stay!