Microsoft has called for a press conference on January 21st 2015 for talking about the next chapter of Windows 10. Microsoft has released the Technical Preview of Windows 10 and we have heard news about the Consumer Preview. Microsoft is reported to have organized an event which will last for an entire day. All the eminent figures of Microsoft Satya Nadella, Joe Belfiore, Terry Myerson and Phil Spencer. 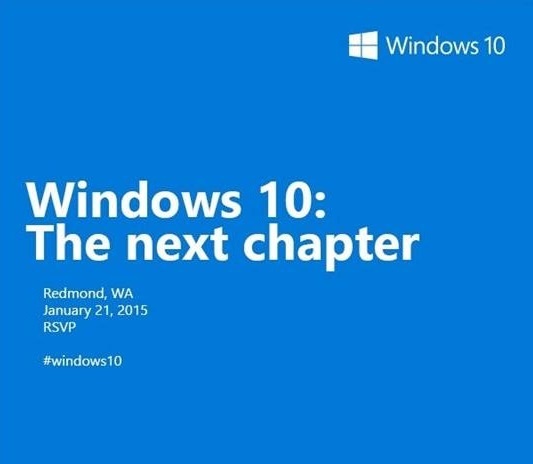 We arent sure if Micrsoft will announce the Consumer preview but according to tech website Neowin, the preview which Micrsoft is waiting to announce will be known as the January Technical Preview. Neowin also says that it would be a “part of a new release cycle where the company pushes out a new release each month.”Not much details have been provided about the event to keep the suspense alive. Windows 10 has brought a plethora of revamps and modifications with the Technical Preview version and has been an interactive Preview involving feedbacks from developers all over the world. So right now, we are looking forward as how Microsoft will consolidate all the feedback and tweaks in the next chapter of Windows.