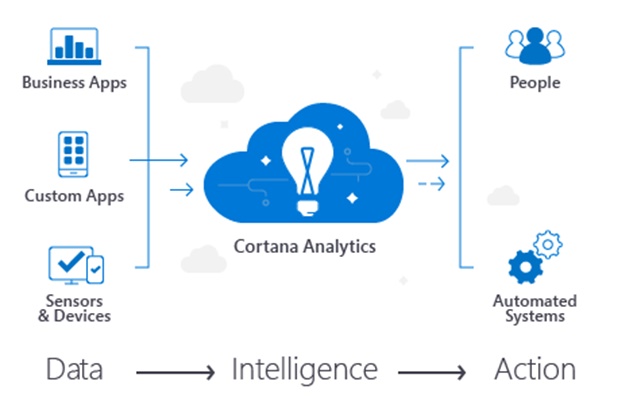 Cortana Analytics is one such project which aims to deliver big data and advanced analytics capabilities. This will aid enterprises to transform their data into intelligent action. As stated by Microsoft, “With Cortana Analytics, we are taking years of research and innovation – spanning technology and infrastructure for advanced analytics, including capabilities like machine learning, big data storage and processing in the cloud as well as perceptual intelligence such as vision, face and speech recognition, with the goal of helping enterprise customers make better, faster decisions to accelerate their speed of business. Additionally the Cortana Analytics Suite integrates with Cortana, Microsoft’s digital personal assistant. Cortana works with the Cortana Analytics Suite to enable businesses to get things done in more helpful, proactive, and natural ways.”

So we can understand how Cortana Analytics will implement perpetual intelligence in a fast, secure and scalable way.