When Microsoft decided to officially quit Windows XP , it became the cause of tensin to most of the banks because all their ATMs are running this 12 year old Operating systems. Top banks of the world runs their ATMs using the Windows XP platform and switching it to a newer version is not a matter of a day. Hence, these banks have decided to render financial support to Microsoft to extend their services. 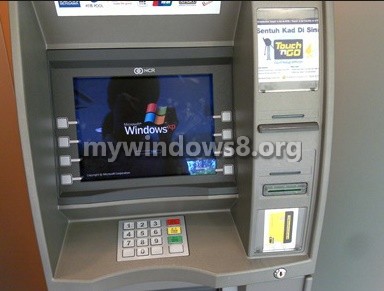 The five banks which wants XP support are Lloyds Banking Group , Royal Bank of Scotland, HSBC, Barclays and Santander UK and they are even ready to pay a huge amount of $100 million each. But there is nothing to surprise because this is small compared to the cost they have to invest if they had upgraded to a newer version.

In the US, JPMorgan said that they will start upgrading their ATMs from XP to Windows 7 in July, and they would highly complete the upgradation procedure by end of 2014. But when asked about the amount they are paying to Microsoft, they have kept mum. The spokespersons did not say anything but it is obvious that a huge amount will be paid to extend the service while they complete their upgradation.