Microsoft Lumia 830 specs have been released and indeed this have been a mettlesome effort by Microsoft. The astounding features include a 10 MP PureView Camera becuase of which the phone has been longed for. PureView Camera incorporates plethora of new features like image sensors with on-chip image processors performing image scaling with oversampling giving improved digital zoom. The Lumia 830 is the elegant slim and trim smartphone yet which just 8.4 mm thickness, 139.4 mm long, 70.7 mm wide. The phone weighs 150 gm. 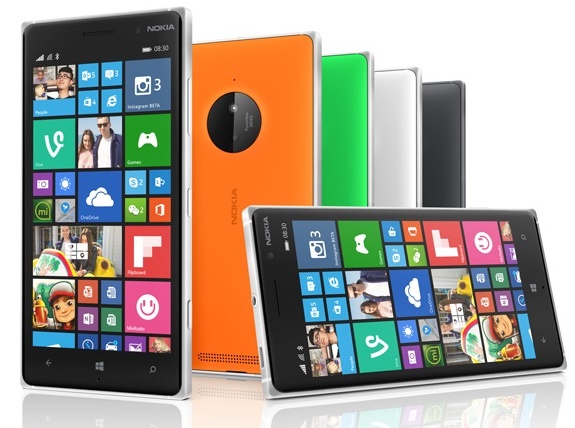 1. The phone sports a Quad-core Snapdragon 400 processor with 1.2 GHz processor speed and 1 GB RAM. The phone has 16 GB in-built storage which is expandable up to 128 GB. Another 15 GB of free cloud storage from OneDrive (formerly known as SkyDrive) is the cherry on the pie.

4. OS- The Lumia 830 specs revealed that the device will run Windows Phone 8.1 with Lumia Denim Update.

5. The phone can capture rich surround sound and crystal clear recording with amazing mics. The main or primary video camera has resolution 1080p (Full HD, 1920 x 1080) and the selfie camera has 720p resolution.