Today at IFA Berlin, Microsoft has officially revealed budget friendly dual-sim Lumia 730 and single-sim Lumia 735 (with 4G/LTE) phones, which will be available for 200 Euro, later this month. Lumia 730 has a good 5MP front facing camera, which makes it a perfect mid range ‘selfie’ phone. This phone will come with Lumia Denim update. These devices will be availble in three colours Black, green and Orange. Lumia 730 will be available for €199 and the 4G/LTE Lumia 735 at €219 excluding taxes and subsidies . 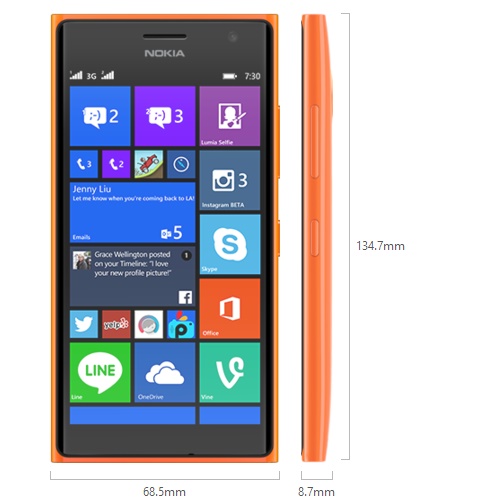