Beamr’s JPEGmini a space saving app has now changed its outlook over time totally. As it started off as a web application, it’s earlier use was to reduce the size of pictures by 5x without compromising the quality of the picture. It has now spread over to the world of desktops, mobile phones with their space saving Mac appand high resolution photo sharing iOS app. 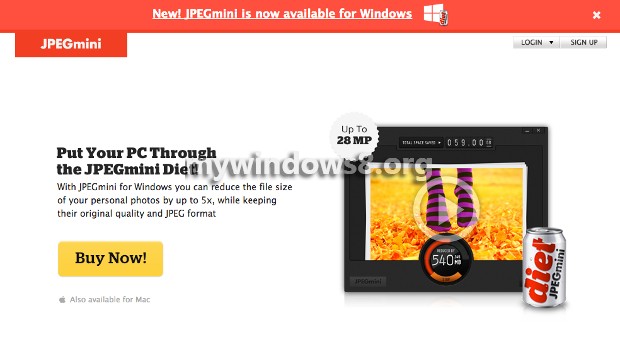 Since JPEGmini has been launched only for Mac and iOS users, Windows users have left out in the dark leaving them no option except of using the web application. As of now it’s not only restricted to the world of iOS but it has made its entry to the world of Windows. Just two days ago the desktop application of JPEGmini has been launched in the market for the ease of Windows users.

It uses a an exceptional manifested compression algorithm that reduces the size of the pictures by 5x without reducing the quality of the picture. All these which used to be performed in the web application can now be done on your desktop allowing the users to use the same compression on the whole photo libraries. 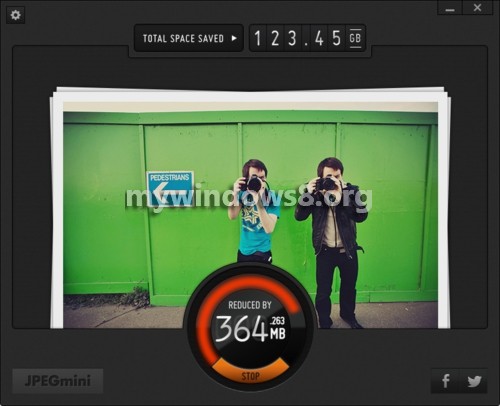 In these days, photo professionals work with RAW photos but if any of you has a large collection of JPEGs or if you have a momumental cache of photos clicked through your smartphone, then the Windows App costing $20 would help you to save a great deal of space on your on-board memory with no obstrusive changes in the
quality of the piture.

Beamr’s President Eli Lubitch commented that “More than 100 million photos have been optimizes till date by JPEGmini users by reducing the size and maintaining the same picture quality thereby scaling down the storage space. Our elaboration to Windows allows us to conciliate the integral range of the photos and media progress from photo capture, editing, online storage and also publishing.”

JPEGmini for Windows will be usable solely from B&H Photo. If you want to discover more about JPEGmini hit the company website or the apps B&H product page.