Windows 8 has arrived over a year ago and Windows 8.1 is reaching to be few months old but still both these versions of our favorite operating system has been restricted to 32-bit. Dell Venue 8 tablet is hopefully bringing a change in the stereotype with the help of Intel. Although Dell Venue was supposed to be launched with the 32 bit version Windows 8.1 but a change in plan hit the minds of Intel leaders and they planned to incorporate 64- bit version of the OS in the Atom processor. The good thing is arriving as soon as in the first quarter of 2014. 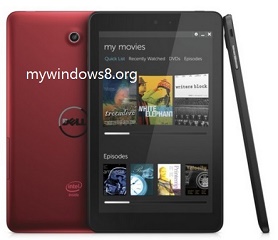 The recent Dell Venues that have been launched is using the 32 bit version and not the 64 bit, but the new product release in the first quarter of 2014 will definitely present the 64-bit Windows 8.1 in the Dell Venue tablet. CEO Brian Krzanich announced that the 64-bit Windows 8.1 tablets will be using the new Bay Trail version of the low-powered Atom processor. That same chip will also be used inside tablets that will have a 64-bit version of Android but the company has strategically delayed the release of the Android version after Windows to let Windows grab its market firstly. Since the 64 bit version of Windows 7, 8 and 8.1 have already gained popularity in the world of laptops and notebooks, tablets must be upgraded to maintain the urge of the users.