There was a time when few could afford to buy the high end Windows tablets because of their high ranges. The scenario has improved in a short span and almost every month a bunch of new Windows 8 tablets and gadgets are coming in the market. Microsoft has supported numerous companies to manufacture budget phones and tablets. Indian company iBall has brought the new Windows Slide WQ32 tablet which is priced at Rs.16,999 INR approximately $280 USD. We can’t say that the device is cheap but yes, it is quite an affordable one provided the specs it comes with. 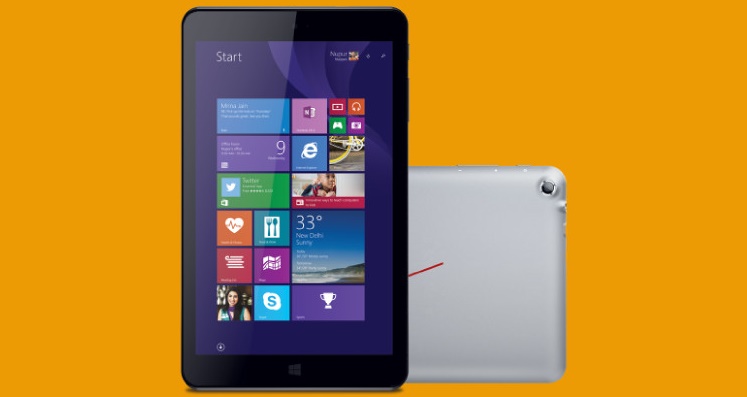 Windows Slide WQ32 sports an 8-inch 1280x800px IPS LCD and a 1.33GHz Quad-core Intel Atom Z3735D. Storage is quite good with 2GB RAM and 16GB in-built storage which can be expanded via micro SD card up to 64GB. 5 MP rear camera and 2 MP front facing camera is also decent. Other features include microHDMI port, Bluetooth 4.0, 3G connectivity. The device runs the latest Windows 8.1 powered by Bing and users can avail one-year Office 365 Personal subscription. Slide WQ32 will include 1TB of OneDrive cloud storage for a year.

This is surely a big step Microsoft is taking with an aim to reach out to users of different strata. Today we published an article about the new that rolled out in Russia for sale at a greatly affordable price.