HTC One M8 grabbed the eyeballs with its stylish look and great specs and this prompted HTC to make a Windows counterpart. The new Windows Phone 8.1 is pairing up with Verizon. The phone is launching very soon, report says, and HTC has sent out invitations for a press release. The rumored release date is August 21 and the press meet is going to be held on 19th August. So the dates match uncannily and we wonder if we get to see the HTC One (W8) M8 on that day. 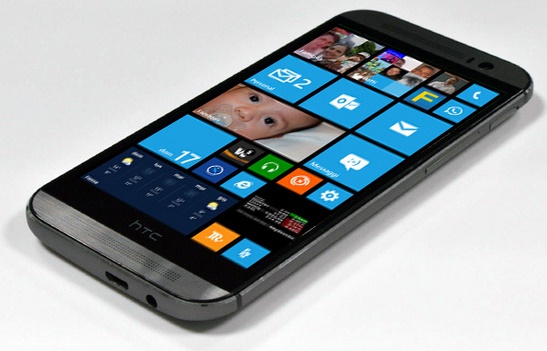 We gathered some news on the expected specifications of the phone. The set will be equipped with 5.0 inch, Full HD 1080p Corning® Gorilla® Glass 3 display and a Quad Core Qualcomm Snapdragon 801 processor with processor speed of 2.3GHz in US/EMEA (MSM8974AB) and 2 GB RAM. The phone will support nano SIMs and will cone in three colors – Gunmetal Gray, Glacial Silver, Amber Gold. Besides, other specifications include BoomSound and Duo camera. The smartphone will have an in-built memory of 16/32 GB provided with a micro-SD card slot to expand the memory upto 128 GB.

The rumor rose high when the Editor in Chief at Android Central, Phil Nickinson, did not receive an invite at the event. Besides Windows Phone Central was invited. So it can be assumed that the event has the Windows Phone 8.1 thing in store.