HP ENVY X2 comes with the tagline “ 100% Notebook. 100% Tablet. 100% Both ”. Yes HP ENVY X2 has both the features of notepad and Tab incorporated in a single device. So this 2-in-1 device is equivalent to double gadgets and double amusement. The detachable touch screen converts a notepad to a tablet and vice-versa. Envy X2 runs Windows 8 Operating system and is powered by Intel Atom processor. The notepad-cum tab is filled with some really elegant feature makes using this gadget an absolute 100% fun. 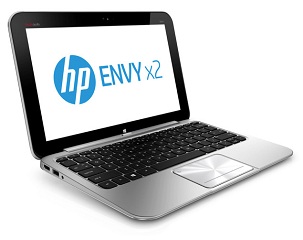 The unique features include:

Stay tuned to our website for more updates on latest Windows 8 Gagdets.