Windows 8 came with many surprises. New Windows 8 Apps are one of them. Windows 8 apps were previously known as Metro Apps. These applications are graphically rich, touch-screen-friendly and they take full screen while running (you cannot reduce application window size like desktop applications). 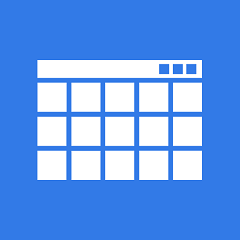 Windows 8 can automatically kill the metro apps, which are running in background and have not used for long time. To save system resources first Windows 8 marks those unused apps as “Suspended” and kill them after some times.

Follow the steps below to close Windows 8 Apps (Metro apps) in Windows 8.

It can be done using different methods. 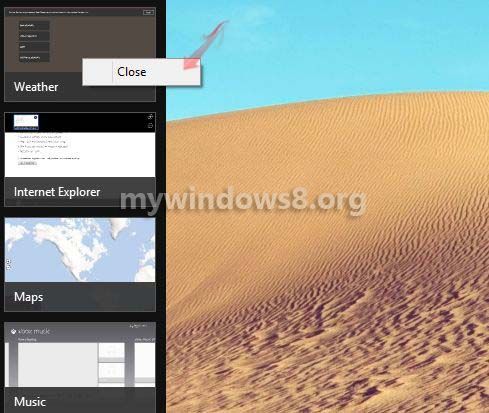 2. Now, select the application you want to close. Right-click on it and select End Task option. 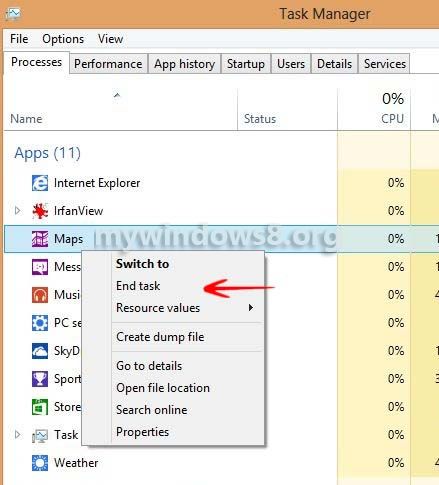 You can also press Alt + F4 while using an application to close it, just like the desktop style applications.