The following tutorial will help you to change the video quality of recording in Windows 10.

4. In the right panel, you will find the option Recorded Video. Below this, there is an option called Video quality. The default video quality is Standard. Click on the drop down menu and select High if you want high qualities video 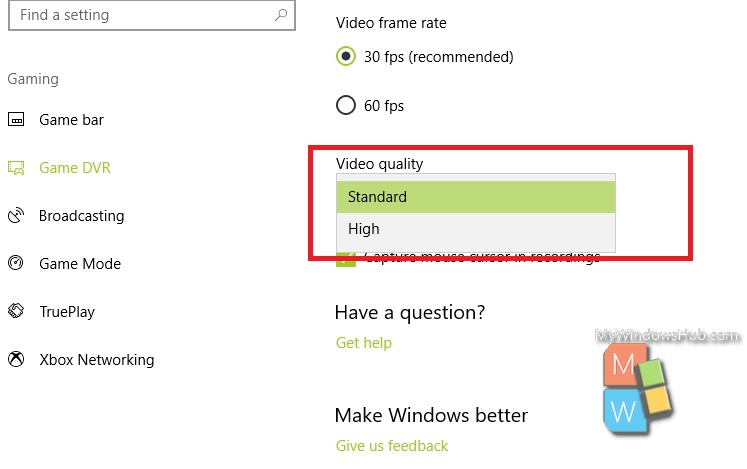