The Red Button of Windows Insider has been passed on by Gabe Aul to Dona Sarkar and now she is the whom you have to approach with requests for new Builds and complaints about buggy ones. This news is indeed big as Gabe Aul was the leading light of Windows Insider and under his patronage and guidance, 35 PC and 22 Mobile builds over the span of 18 months were released. During this span of one and a half years, Gabe Aul received queries on different aspects of Windows Insider and he reciprocated to most of them. His active and prompt replies to complaints and queries made him more and more popular. 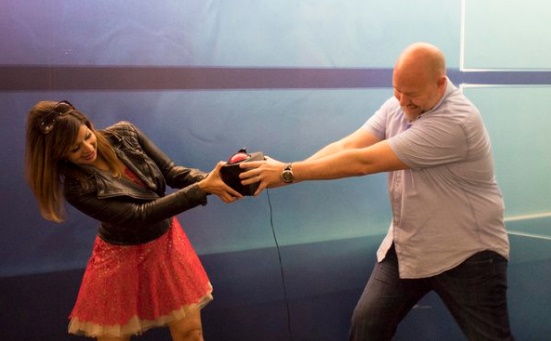 The key has now been passed on to Dona Sarkar. Dona Sarkar began her career with Microsoft as a software engineer on Windows Vista. Integration of features like Autoplay, Bluetooth and Blue Ray were developed by her. The credit for File Explorer of Windows 7 and Windows 8 goes to her. Dona is very excited to get this new responsibility. She says,”I am very excited about understanding more about what people need from their technology. When I look at businesses, I’m very interested in getting a better feeling for what they are trying to achieve and how we can help.” So the search feature in File Explorer that has helped you find anything on Windows, is all hers. “Any time you needed to find something in Windows, you used my feature. That’s my baby!”, says Dona.

Dona is also in charge of the HoloLens team and she added,”She said, “All of my experience with HoloLens will fold very well into Insiders, because everyone who owns a HoloLens is an Insider.” Aul says it has been really hard to give away Windows Insider to someone but it’s obvious that he chose the right successor.