DELL has launched the low budget mini PC called the Inspiron Micro desktop, one from the 3000 series mini computers. Whereas one positive aspect of the device is its low price, the negative aspect is its completely blunt appearance. Few weeks back, HP also released similar compact mini PCs and Dell seemed to have followed their footsteps. But before going to the feature of Inspiron Mini, you can have a look at the device which is quite unattractive and can repel many users who wish to have at-least good looking mini laptop if not great specifications. 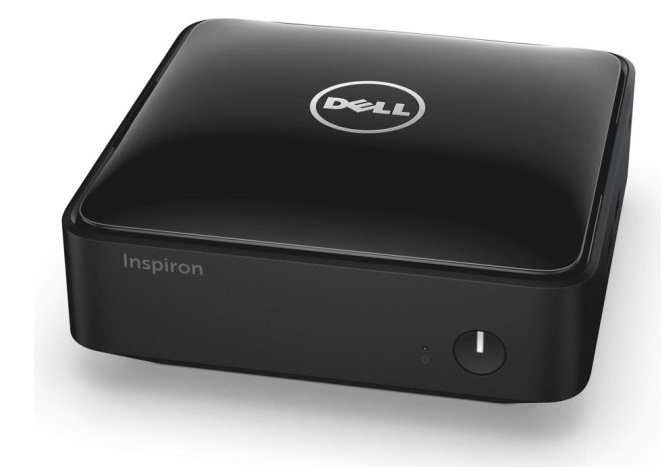 The Inspiron Micro area measures 5.16 x 5.16 inches which can fit in one hand. So size wise, you’ll not have any complaint for inconvenience. Dell described the device as “simple and streamlined design [is] engineered to blend in with other household devices”. Inspiron Mini cam connect to the TV, computer or any screen possible. Now let’s have a look at the features offered by the computer.

There will be two variants of the PC, one with a dual-core up-to-2.58GHz Intel Celeron J1800 processor, while the other with quad-core up-to-2.67GHz Intel Pentium J2900. Both versions of the PCs will come with 2GB of RAM and 32GB of onboard storage. Now coming to operating system, both the variants will run Windows 8.1 with Bing integration.

Inspiron Micro include HDMI and DisplayPort connectors, along with four USB ports and a 3-in-1 card reader, gigabit LAN, Bluetooth and 802.11ac Wi-Fi.

Now coming to the most important, the price, Inspiron Micro will launch in the US, Europe, the Middle East, and Africa, with prices starting from $179.99.