The latest addition to Cortana’s credit is Cortana dictionary. While we are noticing a sharp rise Cortana is having in order to compete with Siri, it is being enriched with more and more information. With time, we have produced many articles on interesting functions Cortana can perform. Now Cortana users can ask their AI personal assistant any meaning of words and she will rightly answer all the queries. Now, this is not just a mere approach to impress users, but it is a sincere effort of Microsoft to make Cortana smarter. This dictionary feature is powered by Oxford Dictionaries copyright of Oxford University press. So users can be assured of the authenticity of the meanings Cortana produce. 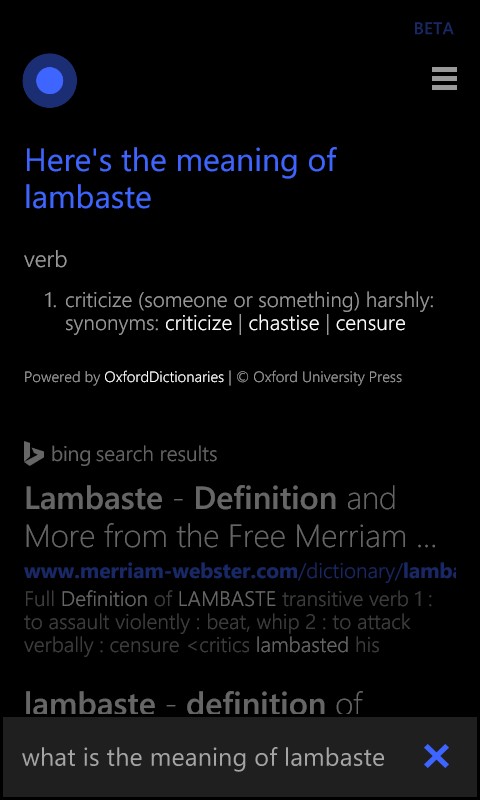 To use this dictionary you have to open, Cortana and ask her “What is the meaning of Word” or “What does word mean?”. Cortana will promptly reply “Here’s the meaning of word” and will say the meaning. Replace word by the word you want to find meaning of. So it’s exciting. Cortana is supported by Windows Phone 8.1 only but rumors say, soon Windows 9 will also bring Cortana with it. Cortana provides you a bunch of facilities including some fun sessions like singing songs for you and many more.