Last week Microsoft released the Windows Phone 8.1 Preview for Developers and one feature that was unveiled and that led to an instant excitement was the Project My Screen feature. But along with this good news, came another news that somehow suppressed the bubbles of excitement and it said that the feature is still not ready to be used. The feature has to be coupled with a companion app and would facilitate on mirroring of the screen of the Windows Phone on your PC running Windows OS. 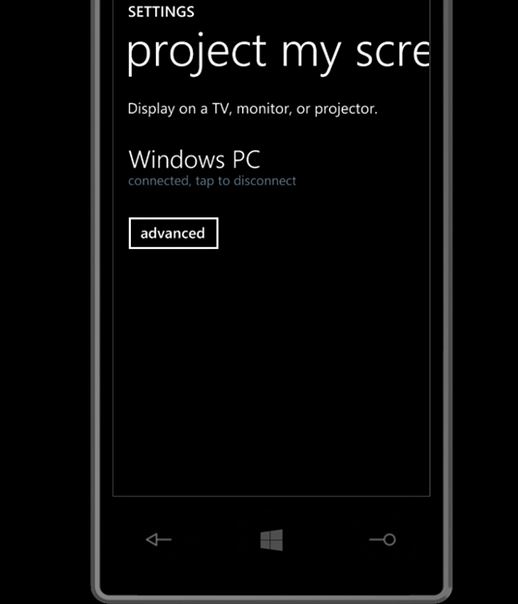 The device can be a desktop or a touch sensitive computer. If the later is coupled, the user can access the phone screen by using the computer touchscreen. The app which is required is finally available as reported by Matteo Pagani, an MVP for Windows Phone Development. He tweeted that the PC application that enables the feature is now available for download.

The application has to be downloaded and installed in your PC and it will automatically download other requisites like drivers and will finally prompt you to progress with the feature. The app will project the screen of your Windows Phone 8.1 on your desktop screen and it can exit from default full screen mode by ESC key. At present the app works only via USB and work is in process to facilitate Wi-Fi support. No tentative date is known but we are sure a little patience will bear fruits.