News is in the air that Windows 8.1 is on the verge of advent. Approximate date of release or technical specifications is under covers but some builds have managed to reach us and have gone viral in the internet within no time. It is heard that the newest builds of Windows 8.1 have undergone testing phase in Microsoft. The leaked builds are respectively 9364, 9369 and 9374. But to the disappointment of most who have gone crazy with the absence of traditional Start Button, these builds do not reincarnate the Start Button. The builds are almost same as Windows 8 and Windows Blue is expected to add some Control Panel options, bug fixes but interesting tweaks that makes the interface user friendly are hidden behind. 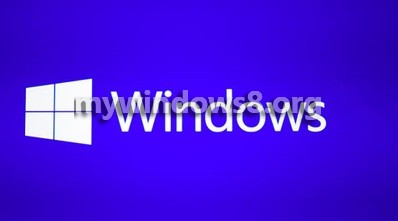 A pool of curiosities is speculating of whether Windows Blue will be a free Service Pack or a standalone Operating system but the least information we got about from the builds reveals that although Start Button has not been returned but an All Apps button is there in the Start Screen that navigates to the way towards the assembly of all Apps. Changes in Personalization, Settings and Charms bar are visible which indicates that special care has been taken to make the interface more easily understandable to tablet users. The new builds reduce the need for shuffles and is somehow easier. 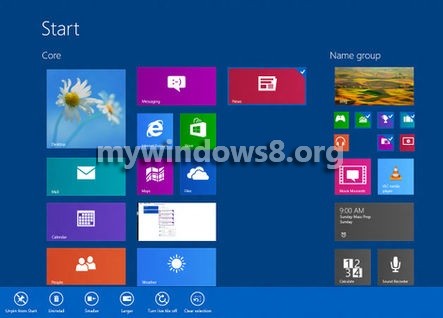 Now till now we spoke about the changes in Start screen and charms bar. Now coming to the Tile management, which has been blessed with a Customize mode Button at the bottom right corner which not only gives you a separate domain to make the customizing options more fluid, at the same time, reducing the risk of unintentional drag and movements of tiles. Resizing of tiles is also there and is more varied.
Another advantage to the tablet users is the snap to multi monitor support which helps toggle from on screen to another which are present in 50- 50 split.

Some new Apps is also added to the Blue version. The builds have been able to provide the above mentioned information. Rest will be seen in the right time.