Windows 8 has undoubtedly made an impact on the computing world, with everything from the most basic netbook to the very best ultrabook on the market running Microsoft’s radical new operating system. Although it is advertised as a multi-purpose OS tailored to suit a variety of needs, the cost-effective aspect of Windows 8 is often ignored. If you thought the only way that Windows 8 could benefit you financially was through its native stocks and shares app, you’d be wrong! There are a variety of ways in which Windows 8 has been adapted and tweaked to maximize efficiency and streamline the user experience, adding up to savings later on. Read on to find out more. 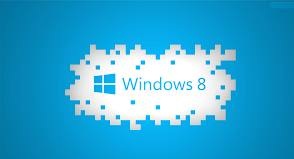 1. It helps you keep track of data usage :

If you’ve ever been out and about and worried about your mobile data usage, you’re not alone. It’s all too easy to lose track of how much data you’re using and wind up with a whacking great bill at the end of the month. Windows 8 introduces a number of ways to effectively monitor and manage all types of data usage.

The standard ‘power saver’ mode has been carried over from previous versions, but Windows 8 also features an ‘Airplane’ mode (more usually seen on mobile devices) which disables cellular broadband, Wi-Fi and Bluetooth all at once. This is certainly an effective way to solve any excessive data consumption, but thankfully Windows 8 also offers a few less extreme solutions. For one, it’s automatically set to switch from expensive mobile broadband connections to local Wi-Fi (which is significantly cheaper), should the option be available.

Automatic updates – which have become a staple of recent Windows versions – are also now much more considerate towards conserving data: updates will only be downloaded through mobile broadband if you specify, avoiding the nasty shock of finding out that you’ve accidentally used much more data than you thought you had.
Other little features have been included that simply allow you to monitor your overall data usage more effectively. The Connections screen now includes a data counter, and the Task Manager has a new App History tab to provide a detailed breakdown of which programs have been using the most data.

2. It is much more efficient :

Ever since the particularly resource-hungry Vista, Microsoft has worked hard to make their operating systems more efficient. Windows 7 actually demanded less from your computer than Vista did, and Windows 8 really shines in this regard. It continues a trend of improvements towards reducing the overall strain on your hardware.
Firstly, Windows 8 includes simple, easy-to-use Refresh and Reset PC features. The former will reinstall the OS while preserving your data, while the latter will completely restore your PC to factory condition. If your device ever becomes infected with a virus or some other software malfunction that renders it useless, performing a factory reset yourself may solve the problem and can avoid the often exorbitant prices charged by computer technicians.

Secondly, in terms of power management, Windows 8 boasts a few clever hidden features that you probably won’t even notice. Services can be run according to priority: only those that are currently being used will stay in the memory; ‘cold’ services are written to the hard drive to maximize the amount of memory available at any one time. Additionally, the ‘desktop’ interface will only be displayed if it is needed to run an older program.
All this means that Windows 8 is relatively kind to your setup, whatever hardware you have, not only saving electricity, but reducing the likelihood that you’ll have to upgrade your hardware with more memory if installing Windows 8 on an older device.

Windows 8 comes bundled with a variety of software. The most notable new addition is Windows Defender (not to be confused with the Vista/Windows 7 security feature of the same name). The new Windows Defender is actually a full-featured adaptation of Microsoft Security Essentials: its antivirus software provides more than enough protection for basic usage. Windows Defender means significant savings for any user who has habitually invested in protecting their system with more expensive third-party software.