Wireless Internet provider company Fon has announced its new partnership with Microsoft to provide access to its Wi-Fi Hotspots. The new team will enable Windows 10 users to access the Wi-Fi hotspots of Fon. The facility can be availed through a simple payment procedure. Fon is a popular wireless internet providing company that claims to be the wolrd’s largest Wi-FI networks with “leading carriers, offering paid Wi-Fi access at more than 20 million residential hotspots across five continents.” The company also supplies premium hotspots. 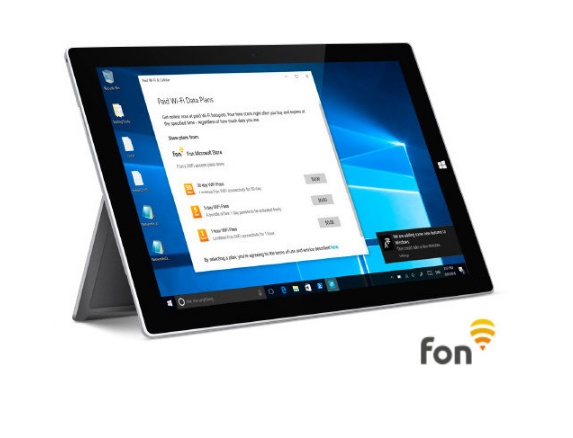 In an announcement, Fon said, “Windows 10 users with registered payment details will be able to pay with just one click” He also added, “These customers will not need to login every time they start a session or go to a different Fon Hotspot – connectivity will be seamlessly enabled by Windows 10 throughout the validity of their WiFi pass.” So this is a good news for Windows 10 users.

Windows 10 users will be able to avail the network and the wireless service will be extended across the network. Users will get to use a large number of Wi-Fi locations globally. Microsoft’s Windows Store Core Program Management Director, Gregg Harmon, said that the company was “thrilled to be working with Fon to bring a better Wi-Fi experience to millions of hotspot locations globally.”