Windows 10 Build 14356 has included a new feature where users will be able to sync Android notifications with their PCs. Now the interesting thing is that the new build leaves for provision for users to request for the respective Android apps to developers for bringing the apps for Windows 10. The main idea is to promote the Windows Store to the Android developer. The feature has been added with an expectation that the requests of Android apps for Windows 10 will entice more users to develop applications for Windows 10. 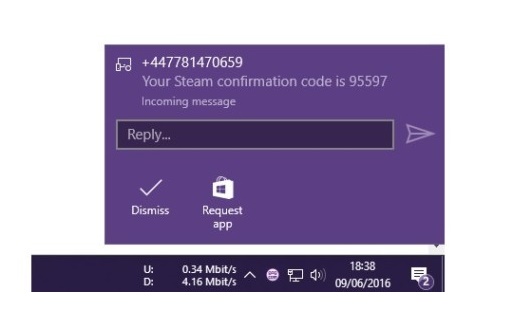 This feature has been pointed out by a Reddit user. As you can see from the screenshot, the new build will display a Request App button. If users are interested in an Android app, then can hit the Request App button. The button will redirect you over to WinStore Requests page, where you’ll be able to request your app.

Right now, to avail this feature you must be a Windows Insider. You have to install the Insider App and get registered. These Builds are usually rolled up in the Fast Ring. The Fast Ring will provide you new builds faster than the Insiders enrolled in the Slow Ring but the Fast Ring Builds are unstable buggy and may often lead to several perils. So be careful. Now the Anniversary Update is on the verge of arrival, you can expect this feature to be integrated with the Anniversary Update.