Microsoft announced few weeks back that the Windows 10 Mobile Creators Update will be arriving on April 25, 2017. The new update will be rolled out in the release preview ring. At present only a handful of devices will receive the update. 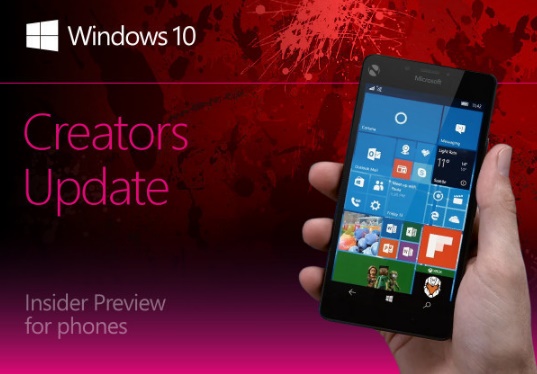 Initially, it was speculated that the devices that were dropped out from the support will also get the update. Windows Feedback Hub then made the following announcement:

If you are a Windows Insider on an unsupported device, you can stay on the Windows 10 Creators Update and receive Cumulative Updates via the Release Preview ring. However, you do so at your own risk as it’s unsupported. If you are on one of these unsupported devices and in the Fast or Slow ring, you will need to switch to the Release Preview ring via Settings > Update & security > Windows Insider Program.

The handsets which will be getting the Creators Update are listed below:

In fact, just 13 devices will be officially eligible to upgrade to this new version of the OS:

The Redmond based company said that the update availability may vary by manufacturer, model, country or region, mobile operator or service provider, specific installed software, hardware limitations and other factors such as feedback from customers. Carrier locked models are on a waiting list. According to AdDuplex, about 61% of Windows 10 Mobile devices are getting the update.

The latest Windows 10 Mobile Insider Previews have been part of a new ‘feature2’ branch, after Microsoft split development of its Mobile OS from the main Redstone 3 branch, which is currently available to PCs. The Redstone 3 update will be released for PCs in September.