Todoist is a taskbar management service which works on native Windows applications. The company recently acquired the popular third party application TaskCrunch and since then the comoany has been focusing on Windows operating system. Today Todoist announced that they are bringing the Preview version of the app for Windows 10. The app will come in both desktop version and in mobile version. The desktop version is on the way of arrival and the mobile version is still to take some time. 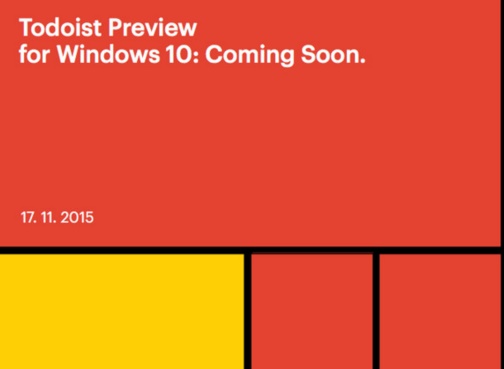 The company will roll out the first Preview Build of the application on November 17, 2015 before releasing a full professional version. A user asked if a mobile version will arrive in the market. Todoist tweeted back with an affirmative response.

@paolinoales Hi Paolino, right now we're focused on the desktop experience. Mobile will come later. Stay tuned and thanks for your patience!