Microsoft has just rolled out an update for Windows 10 Mobile Build 10549. The new Build 10549 is introducing the digital assistant Cortana to insiders of new countries like Japan, Australia and Canada in English. The new Build has also introduced some annoying bugs. One of the bugs is refraining users to upgrade to the Build 10549 itself and will not let users upgrade until the OS is downgraded back to Windows 8.1. 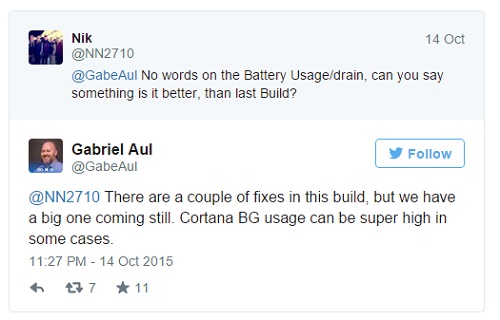 Even though Microsoft has announced Cortana for other countries but few of the bugs are making Cortana to cause massive background usage. Microsoft has been working on the bug. A user tweeted this problem to Program Head Gabe Aul who confirmed the issue. 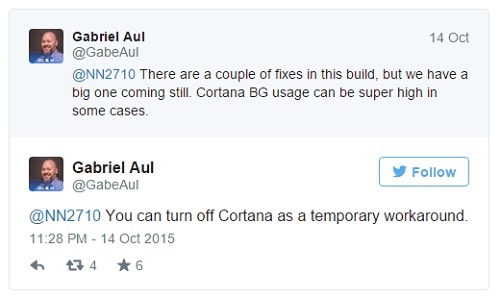 Gabe Aul tweeted back to a user,”@NN2710 There are a couple of fixes in this build, but we have a big one coming still. Cortana BG usage can be super high in some cases.” Microsoft is working on a fix of this bug but for the time being advised users to turn off Cortana for the time being.