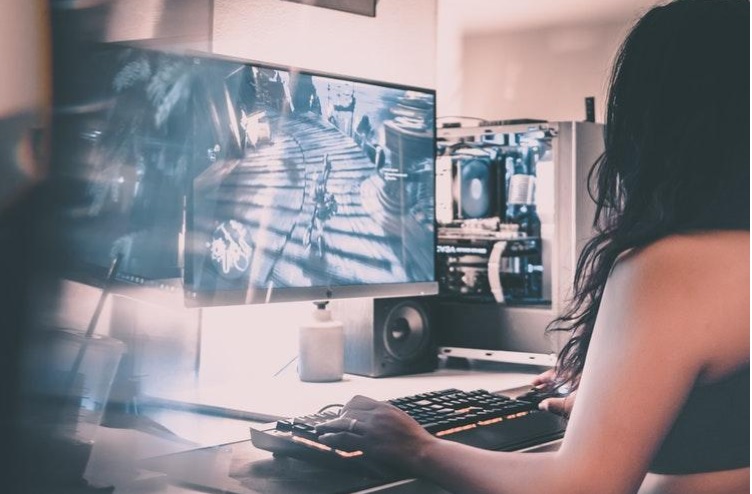 The PC vs. consoles standoff will never end. Why bother? There have always been amazing titles on PC and sometimes they run even better! Next-gen is on, so new games look very smooth and realistic. Let’s take a look at the 5 coolest of them, which were recognized as best games of the season on GamesMojo.com.

Forza Horizon 4: Standard Edition – Welcome to the feast of speed!

Every year the new Forza comes up. This time guys from Microsoft Studious made the most powerful shooting star of arcade racing games ever.

First of all, you see the graphics. Oh yeah, they are stunning. Sun, dust, snow, water, mist, rain – you can literally feel all of these. The carefully optimized visual performance brings the already perfect game to the god-level.

The action unfolds in North Britain. The multi-terrain map and season shifting make a variety of gameplay features. The list of 450 vehicles of the majority of classes, where each car provides a unique and realistic experience of driving, will drive you crazy. It’s hard to believe, but the game pushes you to spend hours on customizing and testing rides in the open world.

The next great feature is multiplayer, which is always on. You see other gamers even in story mode. Just choose the competition and decide, whether you want to play with a computer or connect to real people.

According to GamesMojo.com, Rise of the Tomb Raider is one of the hottest titles. Well, this one is surely for fans and it has crowds of them. This time, adventure is set in Russian Siberia. Lara is going to find secrets of an ancient Lost City and would try to save local tribes of religious hermits from the insidious and bloodthirsty gang of gold-runners.

The environment is totally beautiful and full of extra-narrative exciting treasures and quests. Talking about the last: sometimes you’d have to shake your brain to pass through.

The gameplay style is classical, but fully improved and fixed for the more pleasant experience. Overall enhancement and new survival feature deserve a praise.

This is fairly a piece of great surreal art. Stylish to the sky, its design is based on the old American cartoon animation from the 1930s. Despite the fact that Cuphead is cartoonish, it is played like a serious slasher, where you have to hold on not to go mad and survive the evil creatures.

Totally absurd, but addictive game will face you with hardcore bosses. All the fights differ from each other and won’t let you get bored for a single minute. Mechanics are very simple but fantastically visualized.

Resident Evil 7: Biohazard – Let’s get Back to Black

Maybe you remember previous chapters, maybe you don’t, but #7 managed to absorb all best features from classic horror “Resident”. Fans would enjoy that and newbies will have a touch with the legendary series at its best.

The player looks at the game-world from the back of Ethan Winters, who rushes to seek for his lost-3-years-ago wife in a mansion amongst swamps in Louisiana. There he meets the scary Baker family, whose members try to intimidate and kill him.

Help Ethan escape the mansion or see his awful end… Just kidding, I only began playing, so I’ve no idea about the ending!

Guys from GamesMojo.com are sure that dinosaurs still exist and you can meet them in ARK: Survival Evolved. Discover the world inhabited with dinosaurs of different shapes and sizes.

Try yourself in a role of prehistoric human, who faces aggressive dinosaurs at the end of their era. Kill or tame vast creatures, craft weapons, mine and try not to die. Let the dinos help you. Gather a team of your own pet-dinosaurs and take them for massive fights. More fun is guaranteed in multiplayer, where you can meet friends and strike opponents.

PC gaming hasn’t been that thrilling since GTA 3 and Silent Hill 1, I suppose. Today we see the next-gen vision of gamers’ dreams. What are they going to bring us next? I can’t imagine. Until that – enjoy these masterpieces!