This article will help you to change explorer.exe in Windows 8. 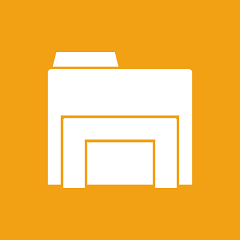 explorer.exe or Windows Explorers is a common process in Windows Operating Systems. The explorer.exe file is a Windows GUI shell and it is needed to browse files and folders in Microsoft Windows. So, basically whatever you see in your computer- the taskbar, folders, files with in folders, drives, icons etc. all are actually opened with Windows Explorer. Without explorer.exe process nothing will be shown in your computer except the background image. During the system start up explorer.exe launches automatically as a core Windows process. Upon its execution a windows opens, which allows users to navigate to different folder and locations and access files.

1. Many third party windows themes need to use their own custom explorer.exe file to change your taskbar, start bar or bringing back start orb in your Windows 8. So, to use those themes in full function, you may need to replace the original explorer.exe file with the custom one, included in the theme pack.

In those cases, if you try to replace your current explorer.exe with a new own, you will find that Windows will not allow you to perform that job, even if you are logged in from an Administrative account.

There are two methods to change Windows Explorer (any windows system file).