Microsoft is perhaps adumbrating a plan of releasing Windows 10 Insider app for Windows Phones. The assumption has been made based on the Phone Insider app which has popped up in the Windows Phone Store recently. Microsoft has released the Windows Insider Program months before as an interactive preview version of Windows 10.
Microsoft might be close to releasing the preview version of Windows 10 for Windows phones which is inevitable from the development of the Phone Insider app. 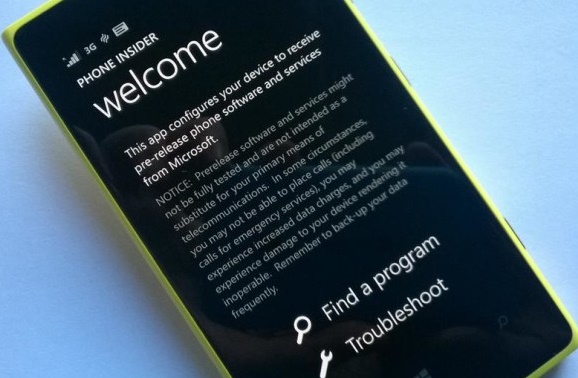 Microsoft made the Windows Insider program an interactive one by allowing developers to share feedback on different apps, UI and many more. It also has a feedback system for each and every user to submit reports in case they face difficulty in handling the OS.

In some cases, the OS asks by default if the user is pleased with the way an app has been opened or a setting has been opened. So we are expecting that soon these features will be incorporated in the phone Insider app as well.

Users of Windows phones will be able to access to pre-release OS updates using the Preview for Developers app on their device. The app has been added probably on December 11, 2014. This is all what we know now. As soon as we get more updates, we’ll post here.